Stepping stones: one year after Blauwdruk

One year ago, Vooruit launched Blauwdruk (Blueprint), a week-long program aimed at rethinking arts institutions, and called for the participation of partners, artists and audiences. With the motto What do you expect of an arts institution?, Blauwdruk proved to be a whirlwind of constructive and critical input. A large internal evaluation allowed us to draft a list of learnings and challenges for the future. We could have edited and shared that list but instead we decided to focus on the main outcome of the evaluation: we have a great deal of work ahead. One year later - Is that work fully done? Of course not. But we have nevertheless moved forward on a series of actions, which we feel like sharing today.

10 STEPPING STONES TOWARDS AN ARTS INSTITUTION OF THE FUTURE

The 85 colleagues, organized in a coordination team, multidisciplinary production teams and future teams form a co-operation model with a focus on roles; no longer on functions. By changing the focus, we have developed a more diverse system, where many colleagues take the lead. Transparent internal communication is crucial in making this workable.

The Board of Trustees has played an involved role in the transition period and will soon look to diversifying itself. The restructuring is ongoing and several key roles still need to be defined. But we feel that we are on a leading track.

Vooruit has invited a series of artists and organizations to collaborate in a non-exclusive way and on a long-term basis: Ontroerend Goed, Miet Warlop, Nadia Beugré, Alexander Vantournhout, Sachli Gholamalizad, Platform K, Jong Gewei, Nkisi, Eric Thielemans, Roman Hiele, Hind Fraihi, Laura Van Dolron, Peter Aers, Lucinda Ra, Elly Van Eeghem, Maria Lucia Cruz Correia, Yinka Kuitenbrouwer, Anoek Nuyens, among others. We believe we play our supporting role in a reasonably good way but we want to do even better and create a clearer frame of collaboration for them and in general for all the artists we work with. We are currently drafting what we call a residency platform: a detailed mapping of what support we can bring to artists at the different stages of their projects.

Diversity has to be the word that is the most present in our artistic plan. But we feel that this word has become too loaded and not clear enough to define how we want to evolve. We want to use the word decentralization in order to talk about our efforts to challenge Vooruit which is, and we acknowledge it, a privileged house with a predominantly white staff. If Vooruit is an (arts) center, what are the other centers we can invoke? Vooruit chooses a series of actions to undertake in order to decenter itself: hiring of staff from different cultural origins and genders, making an invitation in its program to local and international artists of colour and different genders or fluidities, defining a clear anti-harassment policy and including it in its contracts, giving as much as possible a platform to guest speakers and not only to our own representatives, among other initiatives.

What is the role of large arts institutions today? We think it is to support other players with financial means or other resources. What if the arts institution of the future could develop its program fully in discussion and collaboration with third parties? What if it did not try to be the best, the biggest, the strongest but rather would join forces with a diversity of other organizations within a fair cooperation scheme? That is how we see our current role. Vooruit supports and collaborates with many partners locally, nationally and internationally. We see ourselves as a platform for other organizations to connect to in order to create together the conditions to make good projects and support artists better. We also rethink our relationship and the nature of our rental partners to be a fully coherent platform.

Part of the project of Vooruit is also to manage a café and a restaurant. This is not a side project but rather one of our core activities. While the business we run in that space is successful, we are looking ahead to rethink what that space could be in the future. How can we connect artists to our food and drink audiences in a balanced way? How can the bar and kitchen staff create and participate in the program of their own workspace? What kind of formats can we create to link the social function of a bar to the artistic function of an arts center? The suspended coffee or soup and the Wild Brunch, a food event with an artistic program launched during Blauwdruk, are good examples of what we develop at the moment. A recently started reflection with Flanders in Shape, an expert center in design and innovation will soon lead us to more experiments in that particular space.

The ticket office of Vooruit became an open atelier during Blauwdruk: a space where external and internal participants of the reflection week could organize workshops, film projections, co-working initiatives and any last minute idea that seemed to make sense. This experiment resulted in the creation of a new pilot-project called the Open Atelier which will have its own space early in 2019. Open atelier provokes collaboration between everybody who lives and works in and around Vooruit: artists, students, scientists, entrepreneurs, active citizens. This sets up the mark of where we want to go with our reflection program called Think Vooruit! : a bold, participatory, challenging, open, critical, artistic, accessible, political and shared line of programming. One exciting item is the recent launch of Six Impossible Things Before Breakfast, a discursive program happening in the early morning.

While we know a large part of our audience visits us mainly to see a good show, which we appreciate tremendously, we notice that another and somewhat future audience is rather interested in another experience of Vooruit. In other words, how can we provide programs that create an exceptional context to see artistic works? Vooruit chooses to develop its future program within a series of recurring and one-off focus programs that are all made in collaboration with close partners: Just a Good Program (ism CAMPO), Uncanny Valley (ism Gouvernement and KASK), The May Events (ism Kunstenfestivaldesarts), Out The Frame (ism All Eyes on Hip Hop), Fly-Over (ism Kerk and Treehouse) and many more. Part of these focus programs are proposed by international and national guest curators who bring new perspectives and artists to Vooruit: Silvia Bottiroli, Gundega Laivina, Barbara Raes and Amenra, Tania El Khoury will work with us in the future. The coherence and relevance of these focus programs, as well as of the regular seasonal program, is monitored since October by a guest dramaturg, Róise Goan, who is the first of a series of future guests within the artistic team. 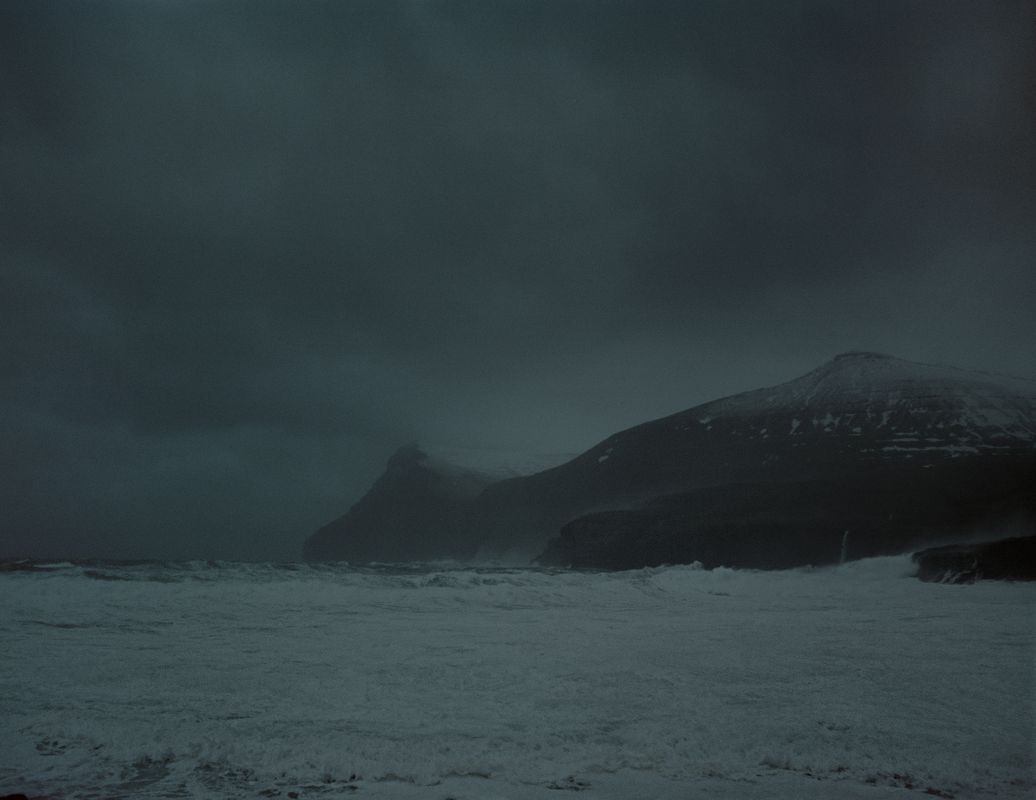 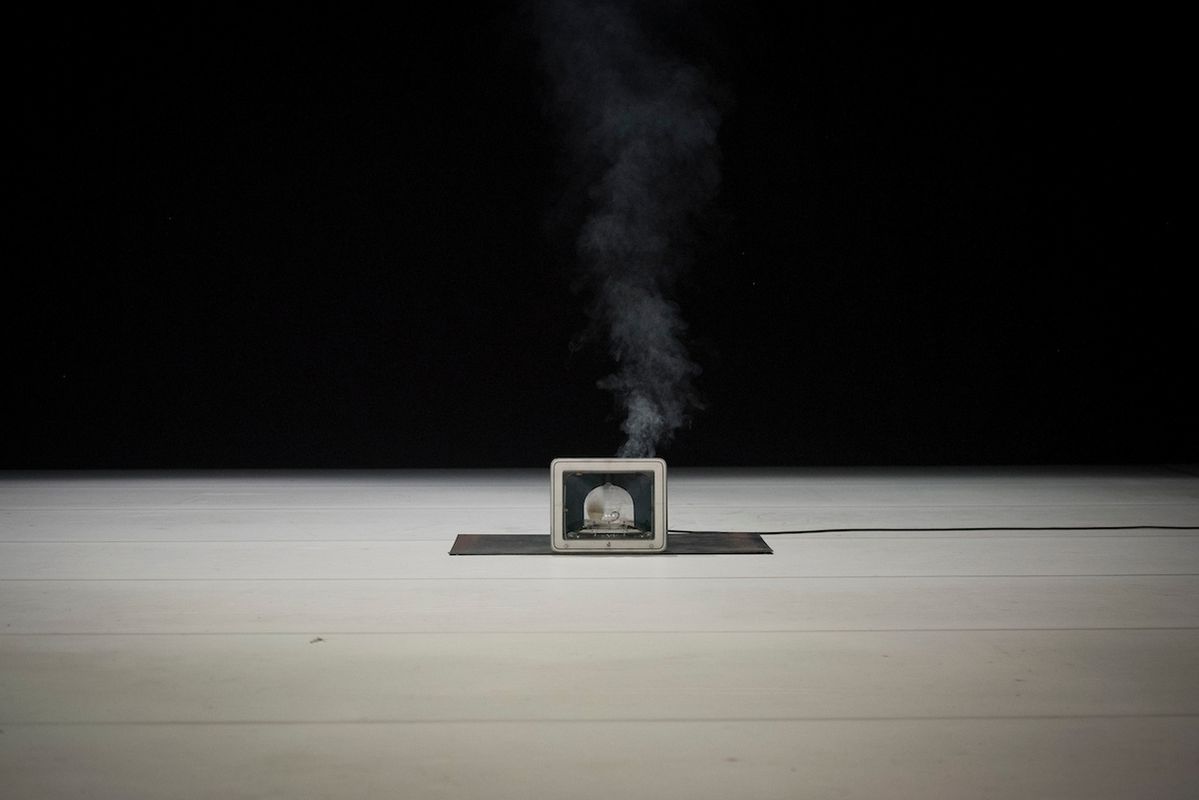 Vooruit is also the name of the centennial historical monument that is maintained by the staff of Vooruit. Blauwdruk provided an opportunity to play with the building, among others with the monumental installation Amusement Park by Miet Warlop. We currently continue this exploration, both within the existing infrastructure, with the development of a “Vooruit art collection” and within a new building that will open in the beginning of 2019 with an open atelier, a new ticket office and foyer, a music studio/venue, new dressing rooms, new studios for organisations in residence. Within the context of 2018 Year of Cultural Heritage, we are planning a series of arts projects for and with the building including specific guided tours by artists and in various languages for a public of newcomers.

With audience participation being one of the five main functions to be fulfilled by Vooruit as an arts institution, we decided to bring in expertise that we did not have. Two new colleagues have joined the team as audience development staff. Their expansive knowledge of the communities of Ghent and their expertise in social projects have started to pay off as we see a new audience and new activities entering the house. The collaboration with company in residence Platform K, an ensemble of dancers with different learning and physical abilities, opens questions around ability (rather than disability): who has access to Vooruit today? Jong Gewei (Young Horns), a group of young artists coached by artist Haider Al Timimi and his team, also slowly connecting to Vooruit. Both these groups will install their offices and studios in Vooruit from 2019. The artists of the stadsatelier (city workshop) continue to stimulate reflections in various Ghent territories and communities. The public literature programs happening at numerous schools in Flanders, among other locations, connect us to education institutions. Our public programs will soon be live-streamed to retirement houses and prisons, providing content to audiences who are not able to attend them at Vooruit.

The stepping stones outlined above depict an organization that is moving forward and is sane and well-aware of its position. In a way we can say that Vooruit is such a place today. But there are obvious challenges and big questions we still need to face. The biggest of them is absolutely not a new and Vooruit-only symptom: the management of workload. While we set several tools up in order to balance the number of activities and workload they generate, we have to notice that staff is working hard, at too-fast a speed, for too-long periods. When we open the house to different partners, curators, artists, and audiences as mentioned above, exponential opportunities arise. How to balance project choices while at the same time trying to call for participation and engagement? How to experiment with new formats and projects without multiplying the workload of colleagues? We do have ideas for answers and strategies in mind. But the time has not yet come that we can say for sure we will make it work in one, five or ten years.

Vooruit is not reinventing the wheel. We are well aware that what we develop has already been tried out or implemented in many organizations. But we also know that engaging into such a transition within a large institution is somewhat special. Vooruit is not a model. It is more an attitude. The attitude of an institution that wants to challenge itself and the arts field and mainly, that wants to continue thinking forward. We look forward to exchange with you about the above.