The online presale has ended, you can buy a ticket at the box office on the location (cash only!).

For the second edition of OPENBARE WERKEN (‘public works’), you’ll go on a journey of discovery in Voo?uit's figurative backyard. On a walking route that will take you all around Ghent’s South district, you’ll discover work by artists of various disciplines: slam poetry, music, circus and visual work. These emerging talents and established local and international artists all have one thing in common: they like to reflect on the public space and the public good. Where is the line between public and private? What inspiration can we draw from the public places we share? What impact do these places have on us?

In small groups, you will be guided through the neighbourhood. Walk around and be pleasantly surprised by short interventions and longer performances. Discover new work – made especially for OPENBARE WERKEN – and new iterations of pre-existing artistic experiments!

Go for the Openbare Werken-combiticket and choose 3 shows for €30.

Visual artist Marie Cloquet became fascinated by Nouadhibou while travelling through Mauritania. In this coastal city, Cloquet found ‘a world under the radar’ that had clearly missed out on the benefits of globalisation. She carries this world through to her visual work, in which she refers to classical painting, abstract forms, photography and (non-)architecture. Knack has described her work as “recreations of an inhospitable natural landscape that reflects a tormented inner landscape”. During OPENBARE WERKEN she will present brand-new work: ‘Squared circle I’, a monumental peep box that combines analogue photography, collage and painting.

Watch an artist talk with Marie Cloquet in M HKA.

Ties spinning like dervishes, almost like a car wash, dancing rondos, gesticulating wildly: may they, in the here and now, have this dance from you? In ‘Der Die Das’, Leentje Kerremans combines stunning visual language with a healthy dose of surrealism. As a costume designer she has worked for theatre houses such as Laika, KOPERGIETERY and Bij’ De Vieze Gasten. Her creations have also featured in musical stage shows such as ‘The Golden Tieger’ (sic) and ‘plastiekBERTRAND’.

Peter Somuah and Orville Breeveld start the walk with a musical opening parade.

‘Without Us’ is set in a cityscape devoid of us. How did, or will, the world appear in our absence? The streets of Ghent are the stage for a string of happenings that we see and hear in the ‘now’. In ‘Without Us’, you are invited to let go of ‘now’ and be transported to the same place in a different time. ‘Without Us’ is the latest part of an existing series of works by artist Rita Hoofwijk, in which she explores presence and absence. Hoofwijk makes installations and location-specific spatial interventions. She is one of the artists behind the production platform SoAP (Space-oriented Artistic Practice).

‘Staat van beleving’ (State of experience) is a correspondence between a local resident and a group of architects, initiated in response to various construction projects around Ghent’s South district. The local resident asks the architects how they approach the significance that a building has for the place in which it is located. How they see past the purely quantitative data of Excel sheets and specifications. The local resident presents the notion of a ‘state of experience’: an attempt to find a language for the unnameable ... Bart Decroos and Laura Muyldermans are both architects by training. Decroos writes short stories about the significance of everyday spaces and is working on a novel about the Dutch architect Jos Bedaux. In her practice, Muyldermans works based on conversations with different discussion partners.

‘UNTITLED #’ is a living archive of traces left throughout the city. These ‘urban traces’ will be tattooed on people. In this way, old buildings and parts of the city from the collective memory get a place in the memories of the host, thus shifting the borders between private and public. The Italian interdisciplinary artist Valentina Medda positions her work on the border between the separation and connection of the public and the private, body and architecture.

‘Onduidelijke Correspondenties’ (Unclear Correspondences) is a theatre production the size of a tabletop with an audience as large as the number of people that fit around the table. A discussion based on what is found on the street, in search of a shared space and a common language. For OPENBARE WERKEN, actor and theatremaker Menzo Kirz has made a new version of the production, with our local streets as his point of departure.

For ‘Spring Steps’, Hazel Lame explored the phenomenon of the ‘body against cityscape’ in various Hong Kong locations. After a life in Europe, in 2021 Lam returned to Hong Kong and attempted to regain an understanding of the city she once knew. But the city has undergone major changes since she was last there. Through touch – Lam’s favourite form of communication – she attempts to restore her relationship with the city that still occupies a significant place in her heart.

Read an interview with Hazel Lam by Matthias Velle (in English).

Lisette Ma Neza is known for her writing talent and poetic performances. She uses poetry – be it written, slammed or otherwise – to explore her own identity, gender, history and home in search of her place in the world. Ma Neza tells the stories of today, of her parents, grandparents and ancestors. The stage is her favourite place to release her work into the world. Her performances strike a balance between painfully direct and lovelorn naivety.

‘BURB’ is an abbreviation of the word ‘suburb’. At the same time, it’s onomatopoeic of a burp, something that bubbles up from the deep. What if the world that we thought we had under control goes its own way? BURB Collective takes inspiration from the unsustainability of artificial housing estates and the loss of wild places. They immerse themselves in grassy fields, sinkholes and kelp forests. In the coming years BURB Collective will work on a series of installations. ‘De kustlijn is nog lang’ (The coastline is long) is the prelude to this series.

‘Small destruction of suffering’ is an interactive ritual that activates various wooden suitcases, shrines and ritual objects. The artists invite you to write your concerns and causes for suffering down on a yellow card. The card is then cut into pieces and ritually destroyed following certain specific steps. You then receive a personalised memento by which to remember the experience.

‘Small destruction of suffering’ is part of the artists’ ongoing artistic research whereby they are developing a series of suitcases that are built to meet the specifications for hand luggage. Their suitcases have various functions: as props in a performance, as a spiritual home for their alter egos, as carriers of narrative paintings and sculptural objects. In this way the duo seeks to break out of the black box and the white cube, to breathe life into their art in the open space together with members of the public.

Go for the Openbare Werken-combiticket and choose 3 shows for €30. 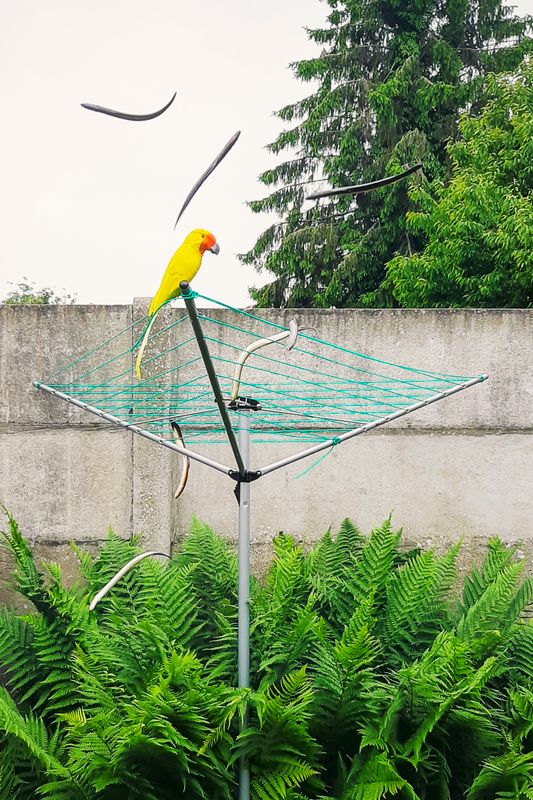 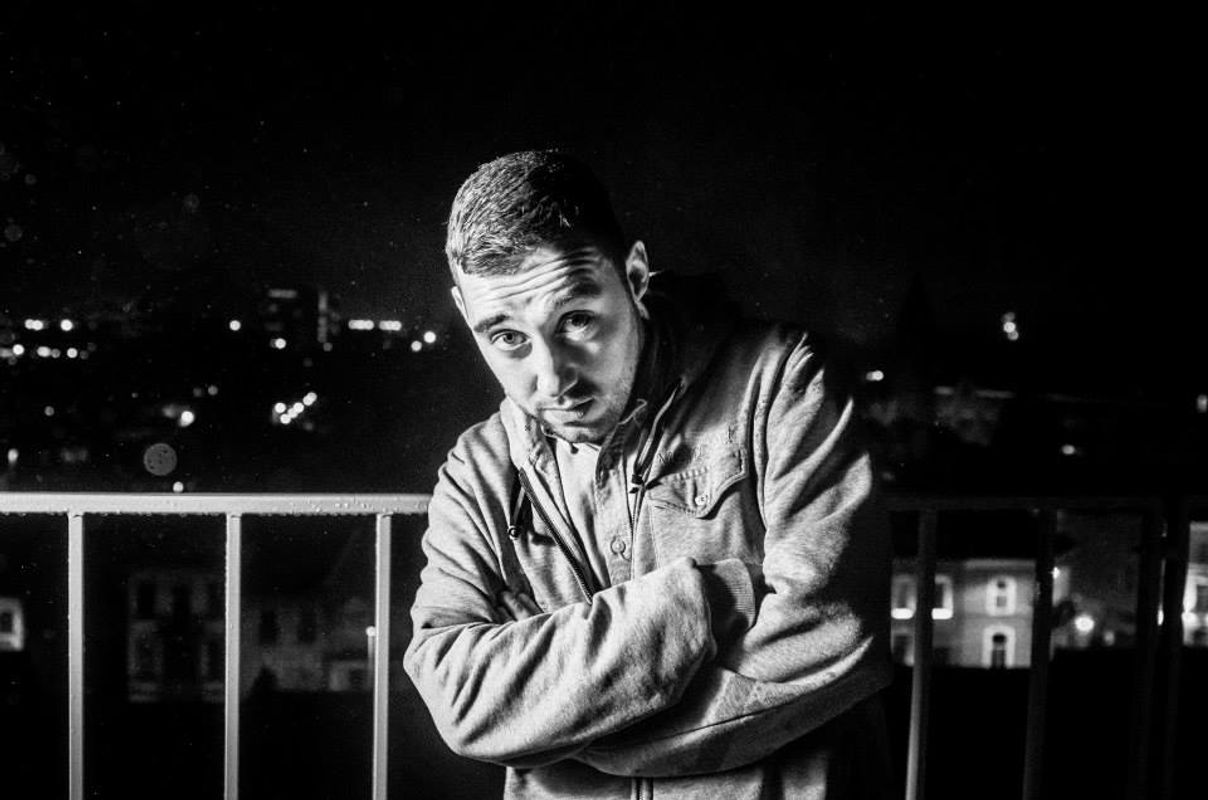 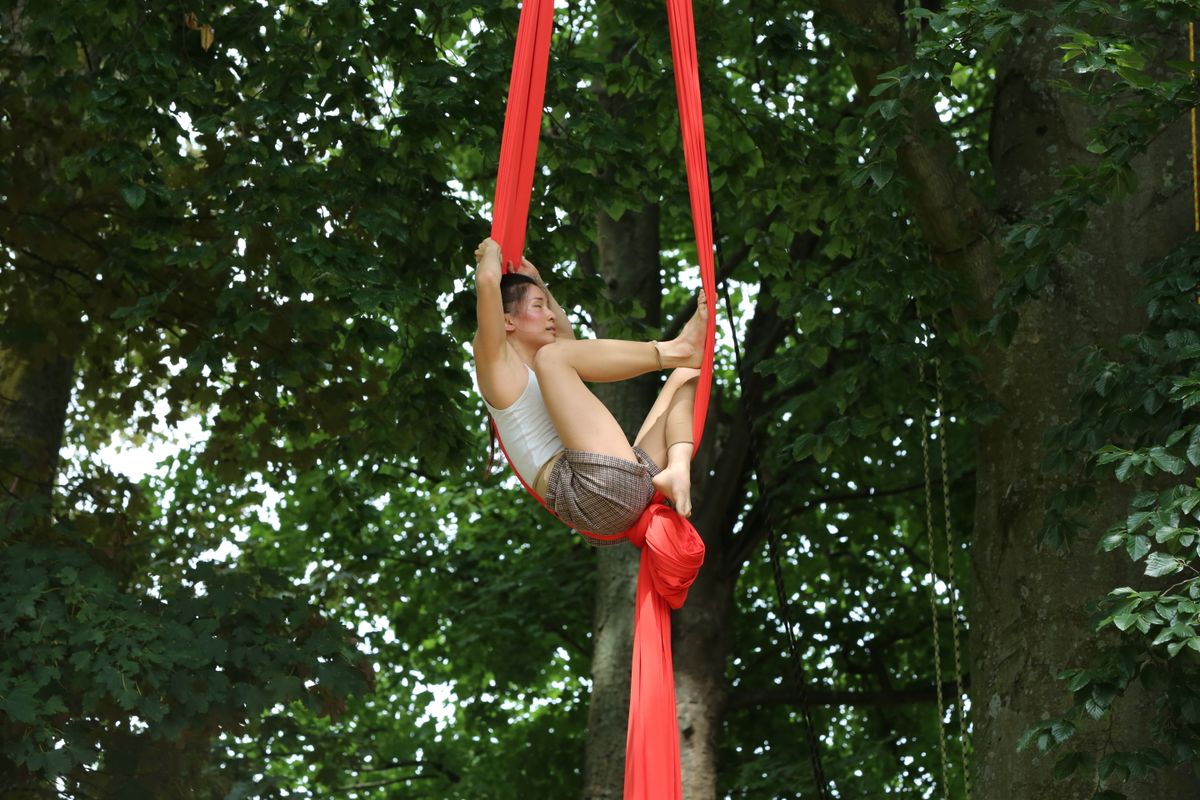 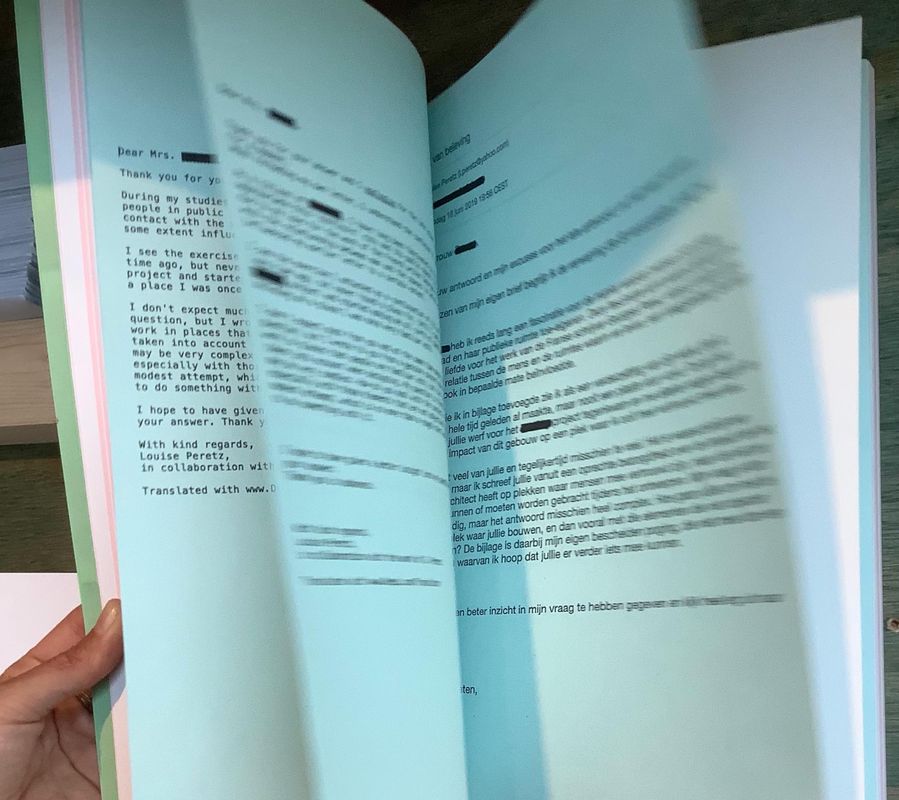 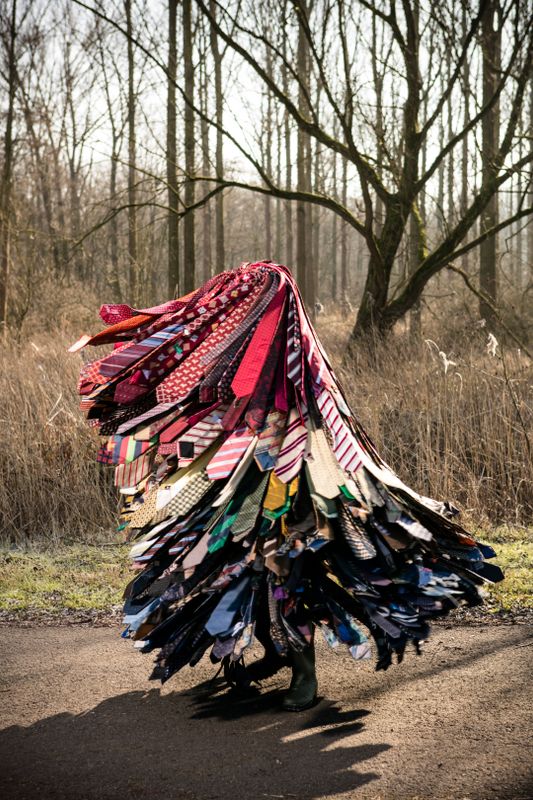 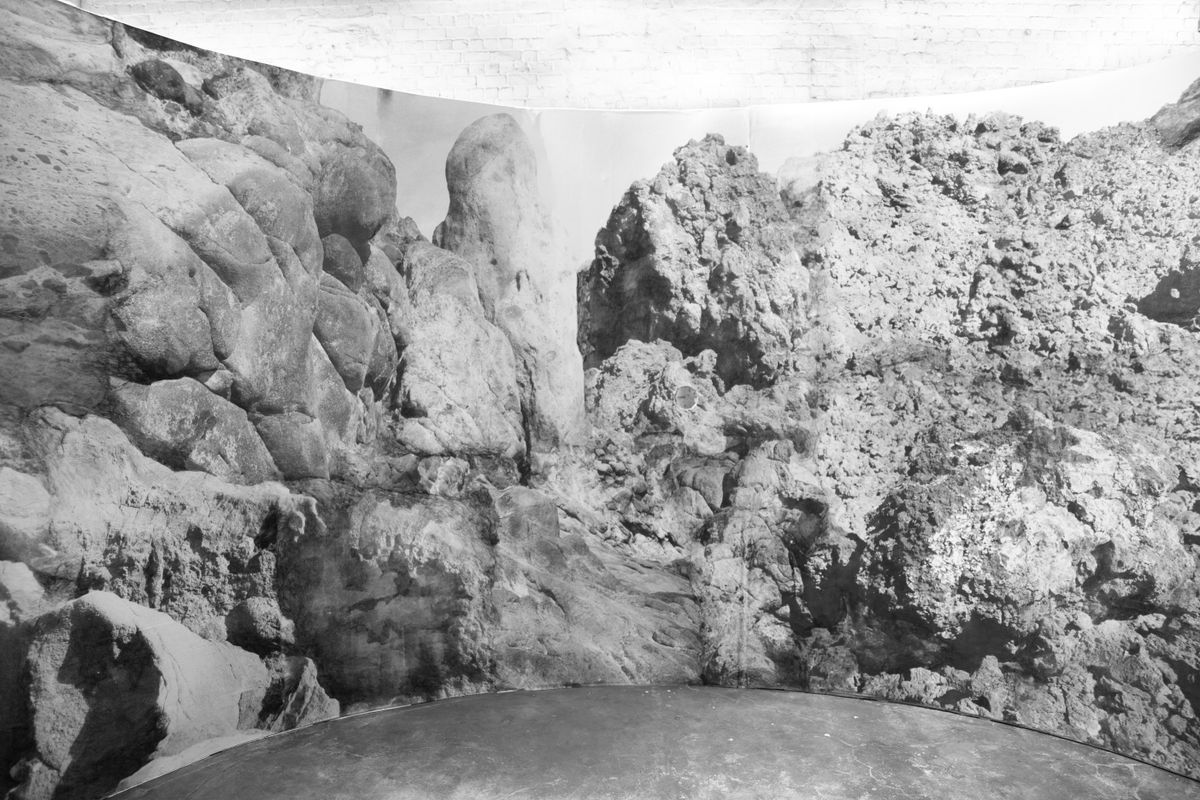 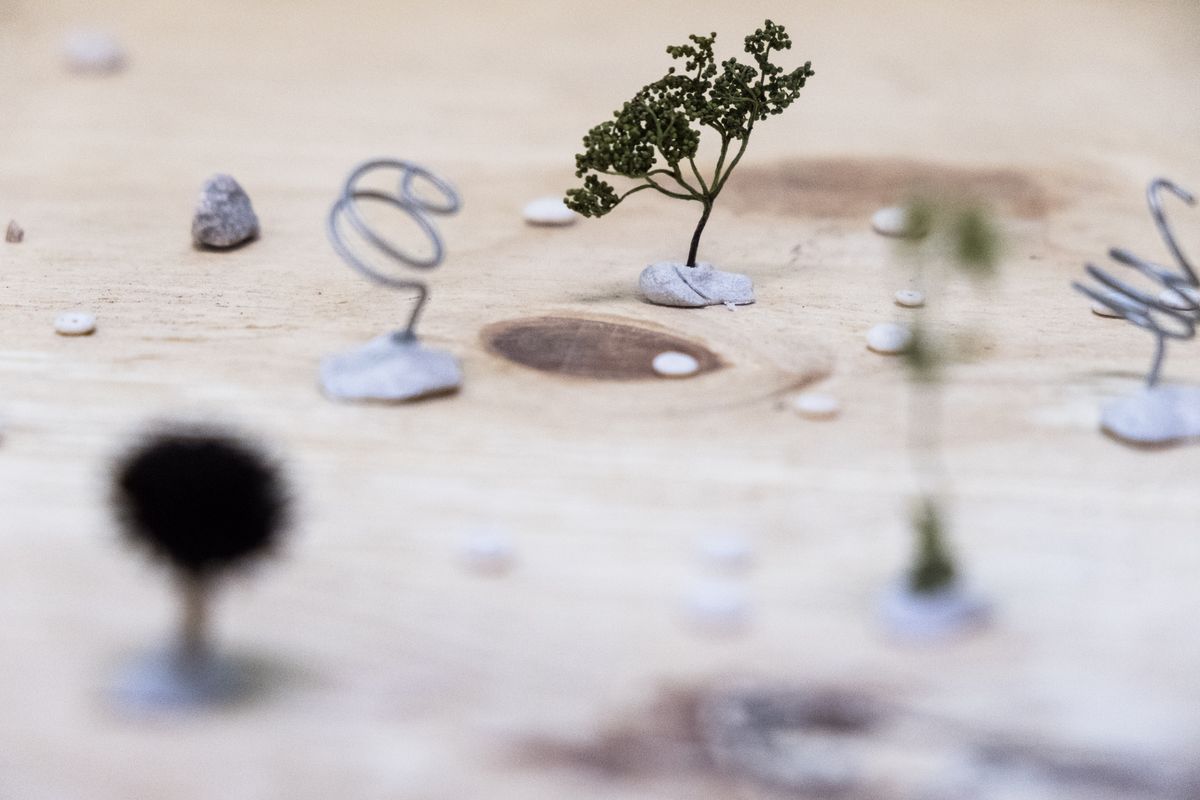 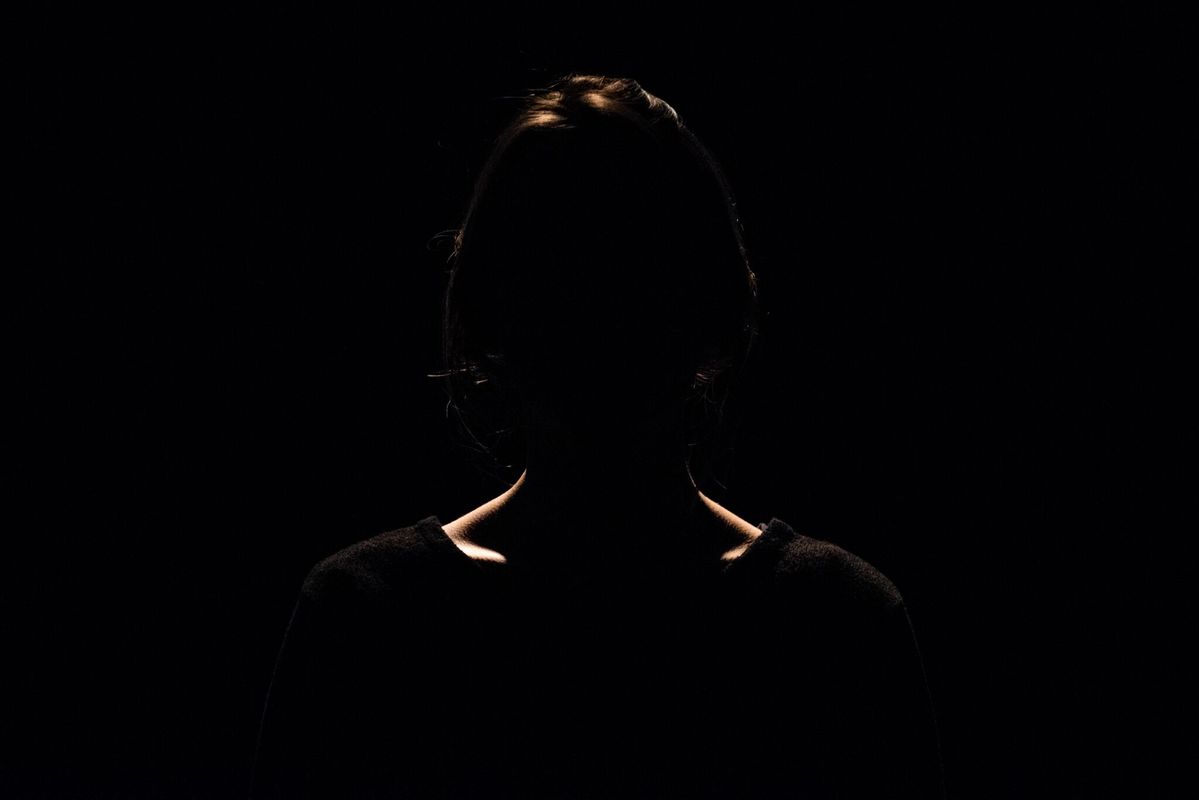 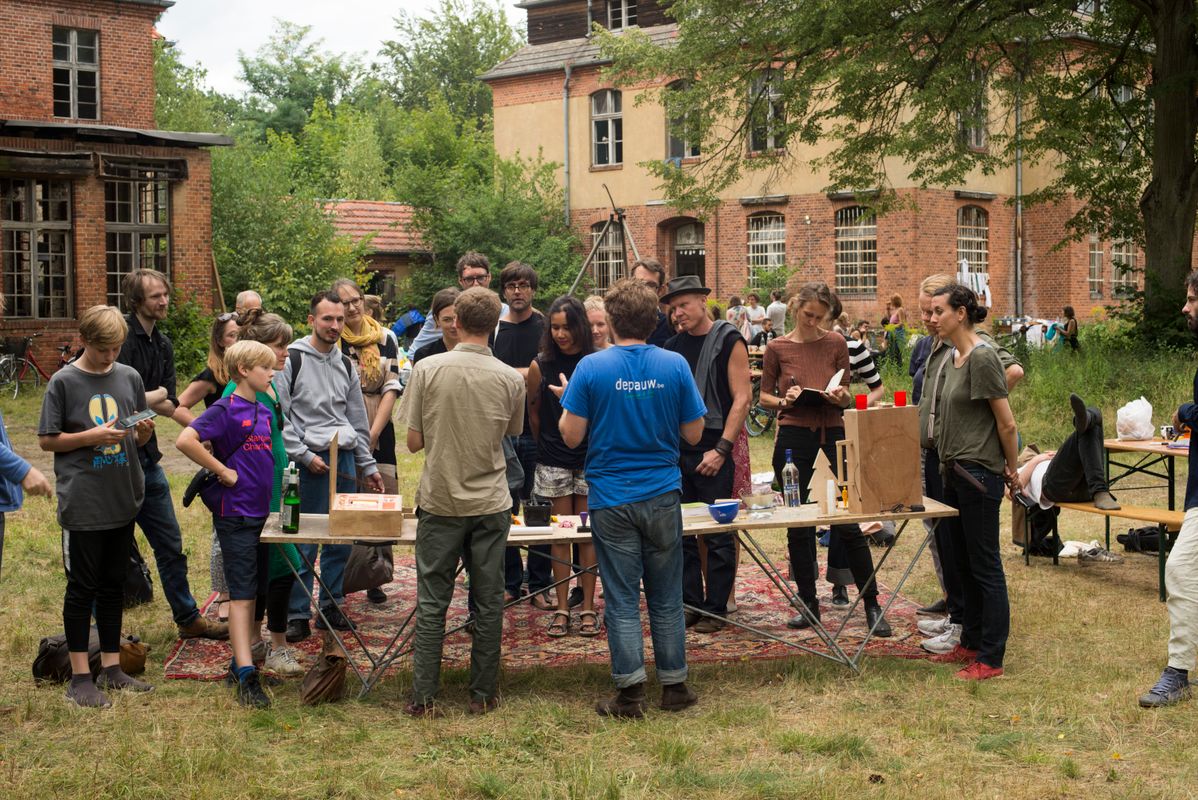 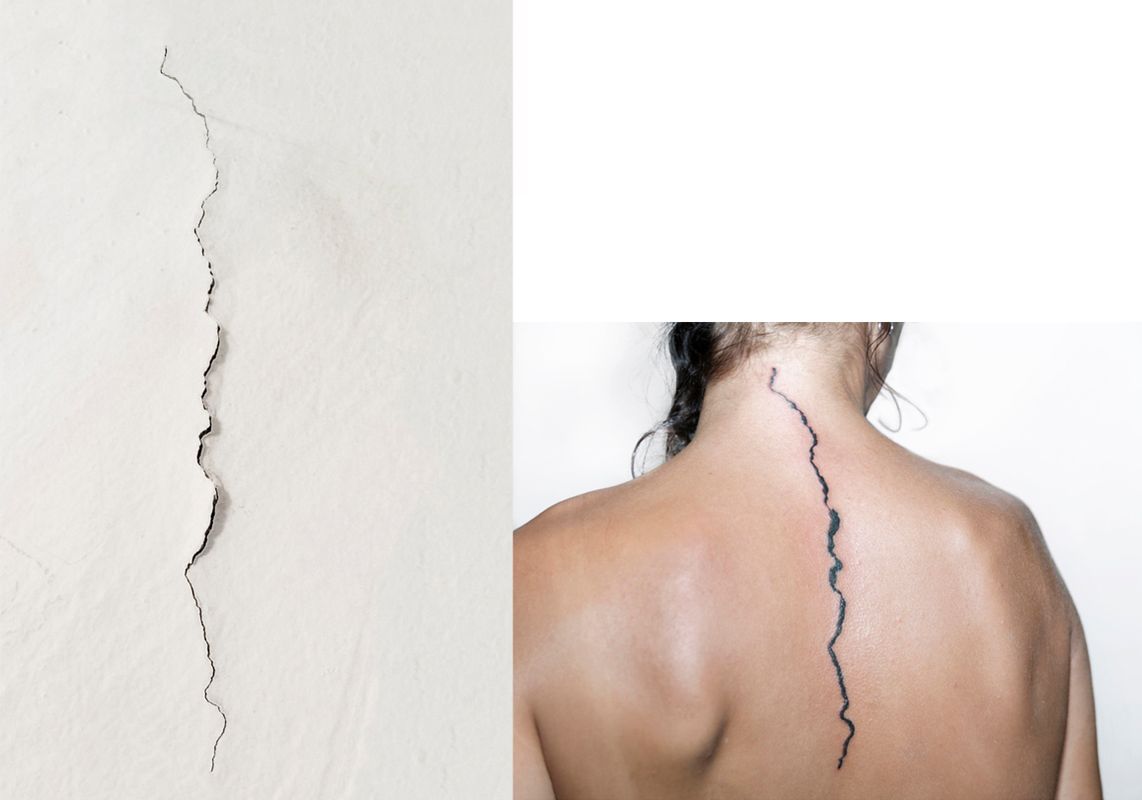 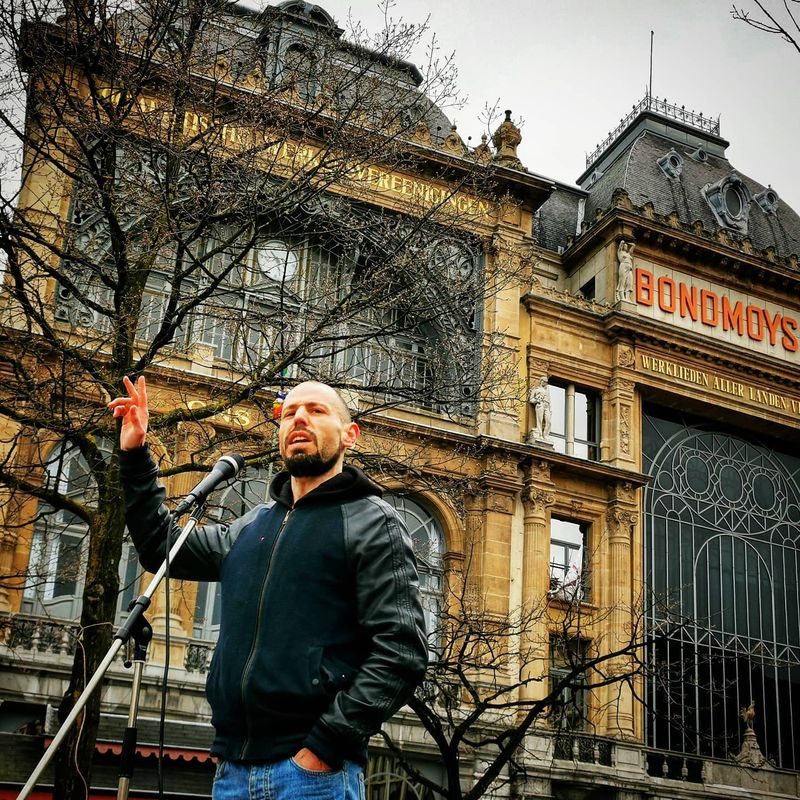 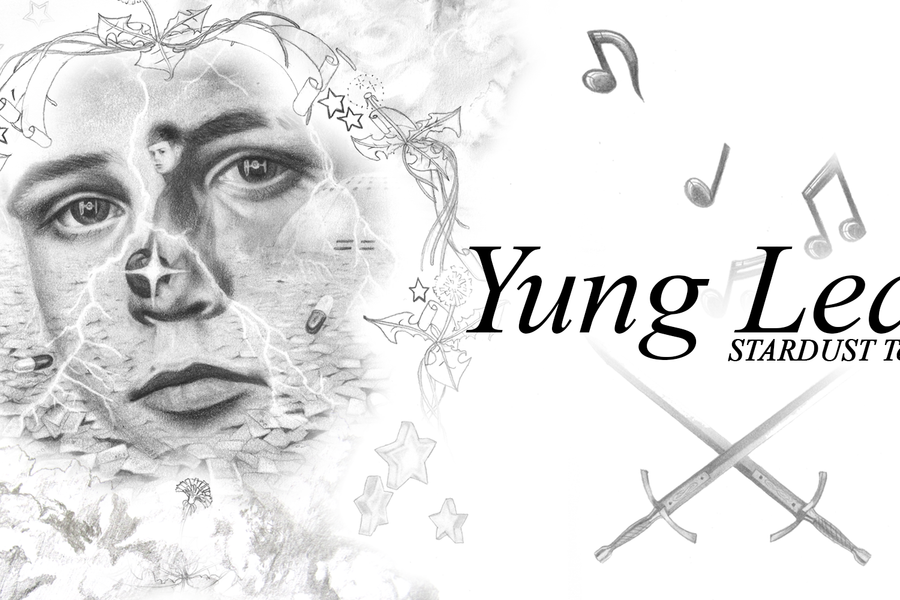 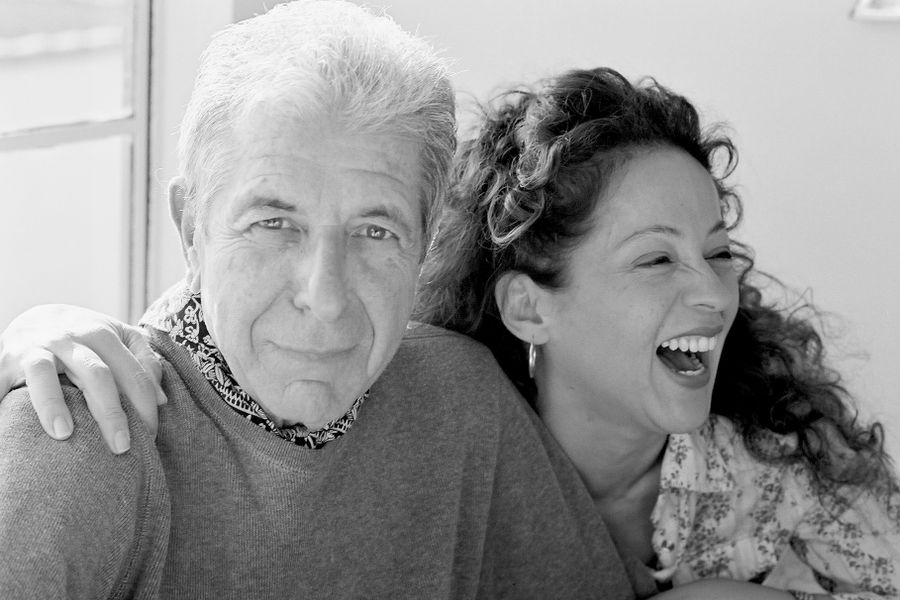 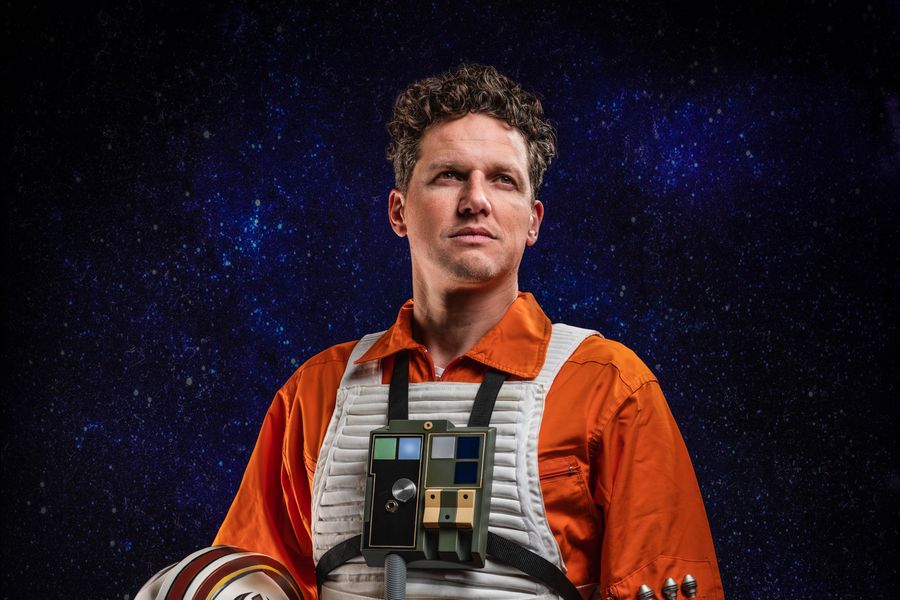